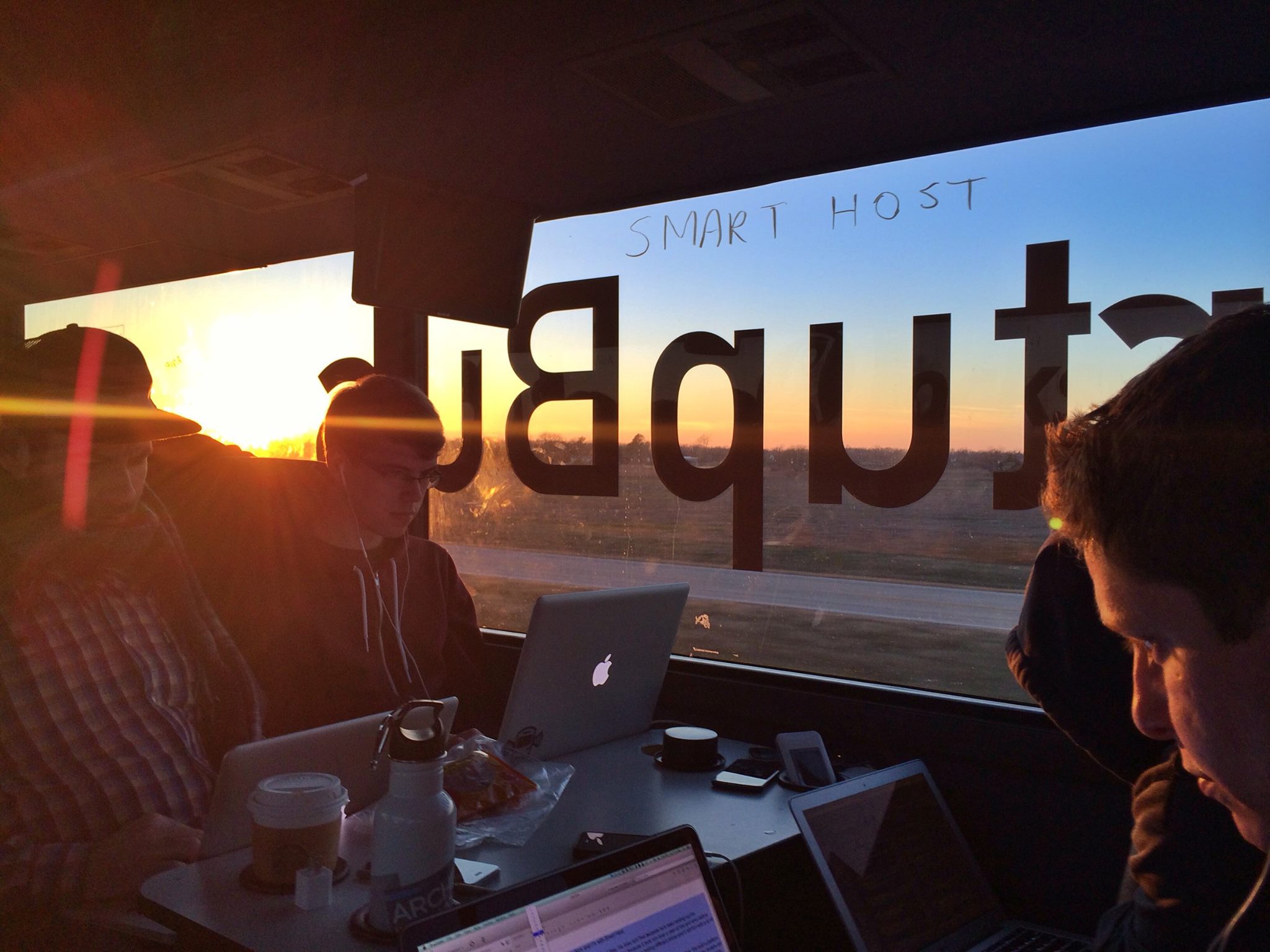 The 2017 edition of StartupBus North America kicks off on July 31st when a new class of "buspreneuers" make the journey down to New Orleans, LA.

Congratulations to those who have been selected to join the craziness that is StartupBus. You're days away from being a part of an amazing and diverse group of people that have all experienced the ride. The circumstances, perspectives, and stories about "the ride" are different for everyone, which is what makes the experience so special.

I participated in StartupBus North America 2014 on the New York City bus and helped build a company called Smart Host. The idea was to automate pricing for short-term rental hosts on Airbnb and HomeAway. Things went well for us, as we wound up winning the competition and decided to quit our jobs to build Smart Host full-time. After 3+ years of working on Smart Host, we sold the company to Beyond Pricing. But more importantly, it was the beginning of many of lifelong friendships that I'm lucky to have.

This post is an attempt to share my perspective of climbing aboard the StartupBus as a hustler. In my opinion, the "hustler" is the most misunderstood and under-appreciated role in comparison to "hackers" and "hipsters", or engineers and designers, respectively.

To help guide this year's StartupBus hustlers, below are some tips and tricks that can help put your team in a position to be successful.

Pick the team, not the idea.

The trip begins with each person standing up in front of the bus to introduce themselves and pitch an idea. Since you're a hustler, the group will naturally have a higher expectation for how you conduct yourself.

The introductions and pitches are the only data points you have to make a decision about which team you're going to be on. I tried to market myself as outgoing, not afraid of public speaking, and someone who will get the job done.

Instead of waiting for people to come up to me, I did what every hustler should do naturally. I went up to people I found smart and interesting to show interest in their idea.

For example, I wrote down the programming languages and frameworks each person mentioned when they were pitching. I heard a couple of folks mention Python, so I tried to convince each of them to work on the same team. I assumed that it would allow the team to get started quickly, and not have people trying to learn a new programming language in order to contribute.

Overall, I optimized to find a team with skills that complimented each other. I honestly didn't care about the idea. The team mattered to me most.

Like it or not, you are the team's caretaker.

As a hustler on StartupBus, you'll often find yourself doing things that have little to do with strategy or building the product. There are lots of little situations that will distract your team from getting things done.

It's your job to take over all of those distractions:

Be the person that runs interference on any person or thing that will distract the team from focusing on advancing the business. Your team may not notice it at first, but they will thank you for it afterwards.

Focus on the pitch even if you're not the one pitching.

It's common for StartupBus teams to have the hustler be the person that handles the pitch by default. Over the course of the trip, it felt like we were asked to pitch every fifteen minutes.

In our case, I would of been the one pitching Smart Host to hundreds of people if we hadn't made a crucial last minute decision to change presenters. In hindsight, the decision was a no-brainer.

I spent the majority of the trip pitching, running interference, building the deck, and crafting the story we were going to tell on stage. We all just assumed that I was going to pitch because I was the hustler and spent the most time on it.

We started to realize that I was doing an awful job at pitching Smart Host. I wasn't confident. I was stumbling. I was exhausted. Things weren't looking good.

On the morning of Day 3, we were in the lobby of our hotel in Little Rock, Arksansas practicing the pitch. Our conductors were worried about how bad our pitch was, and suggested that we record it to get feedback.

Here's one of the embarrassing recordings:

Soon after that video was recorded, I knew that I either had to get better at pitching fast or give the job to someone else on our team. I felt terrible about it, and did not want to let the team down.

Towards the end of the video, my face says it all:

A day passed, and my pitch did not get any better.

About an hour before we were set to hit the stage in the first round, one of our conductors suggested that we change presenters. The team did not want to take it from me, but I knew it had to be done. So we decided to switch and have Evan do the pitch.

It was clearly the right decision. Evan made an impression in the first round and stole the show in the semifinals to get us into the final round.

Here's Evan pitching in the finals:

A hustler does whatever it takes. It's really difficult for a hustler to "show off" their contributions to the team. You won't write much code. You probably won't make the logo. It may not even be your idea in the first place.

You need to be the invisible glue that holds everything together. Your contribution to the team is the final presentation that hits the stage on competition day.

The real prize is personal growth.

The beauty of StartupBus is that you'll learn a lot about yourself. You will accomplish things in 72-hours that you never thought were possible. Things will break. Tensions will rise. The realization that you're on a moving bus with three dozen strangers trying to build a company will have you asking "what the hell did I just sign up for?!"

In the end, the amazing experience and new friendships make it worth all the hustle. 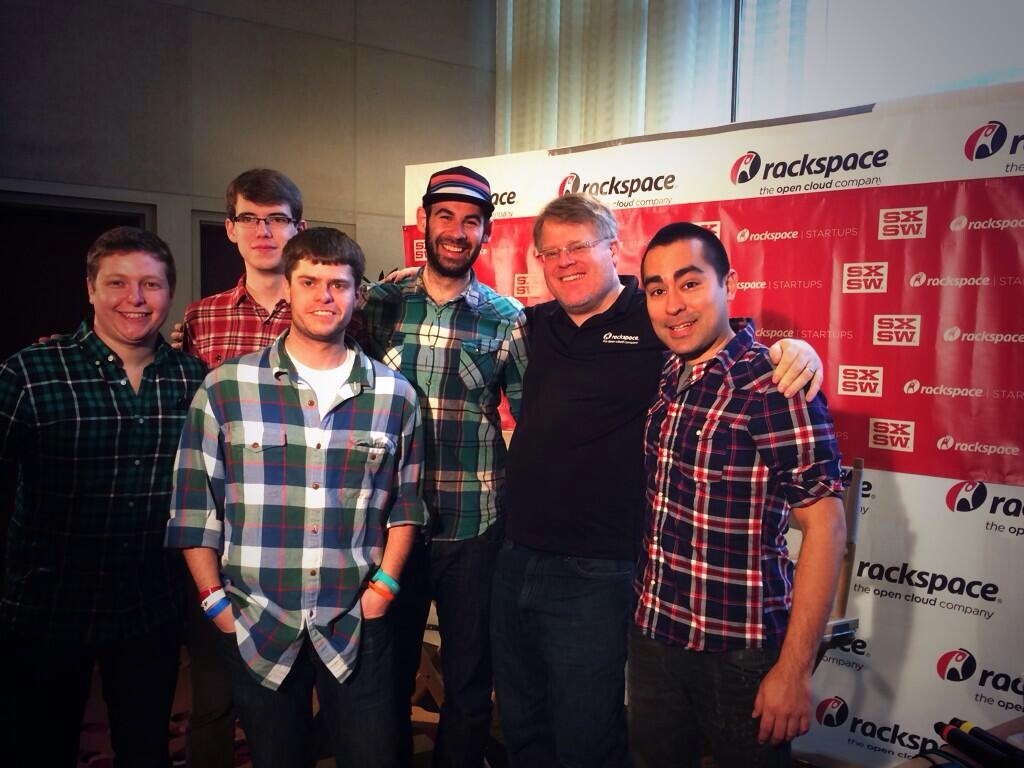 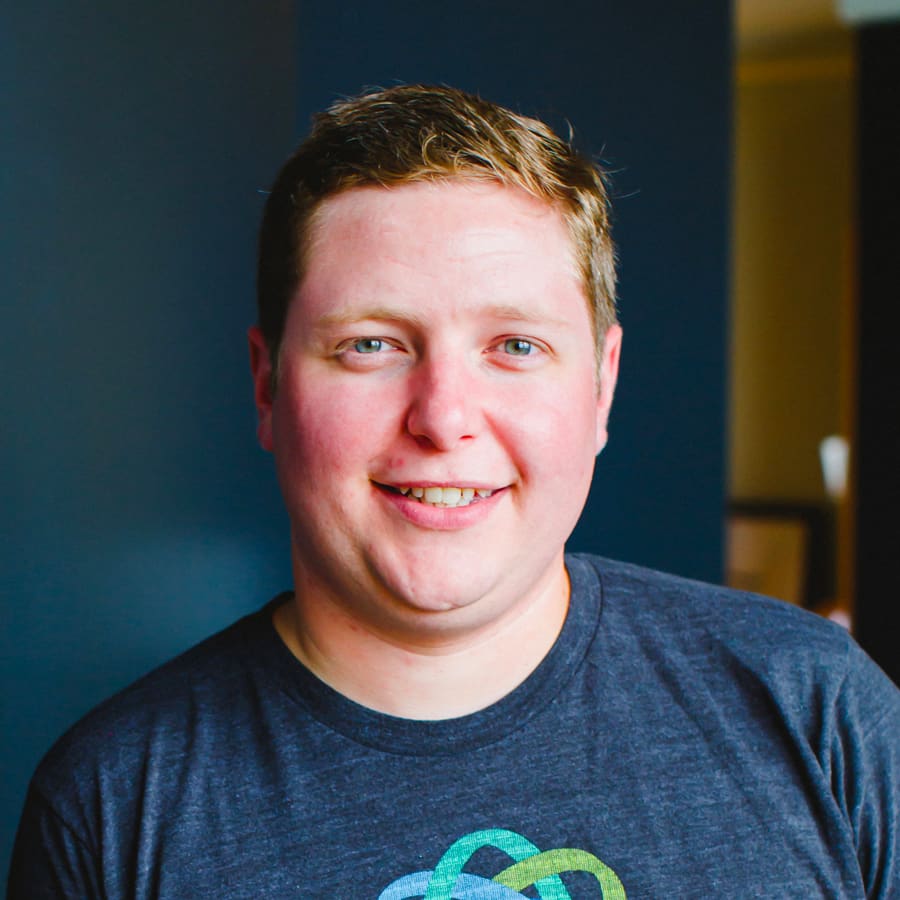